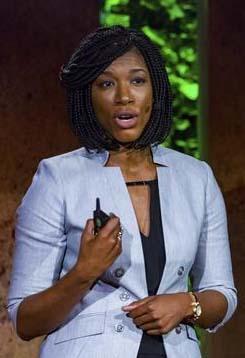 Dr. Jessica Pryce and her team at the Florida Institute for Child Welfare(Institute) are continuously working with researchers and organizations to find effective, evidence-based solutions to child welfare challenges in Florida. As a part of this mission, Pryce has actively sought out unique, innovative opportunities to inform and address the challenges present in child welfare. One such opportunity presented itself in November 2017 at a two-day women’s TED Conference in New Orleans, Louisiana.

“Just like people are interested in tech, medicine, and art, I think social work also has a place in the TED community,” Jessica stressed.

TED is a nonprofit devoted to spreading innovate ideas that enhance humanity, in short Talks (18 minutes or less). At the conference, she shared her passion for child welfare with numerous TED speakers and coaches, and that is when she learned about the TED Residency Program. In February 2018, Jessica was selected as a TED Resident. During the 15-week-long program, Jessica collaborated with global professionals spanning from all over the map, including Brazil, Korea, and the Netherlands. She noted that connecting with other participants was one of the most meaningful parts of the experience. The first part of the residency consisted primarily of workshops and training, including how to start a podcast, meaningful and strategic use of social media, and audience engagement. The second half included training with speaking and content coaches to prepare for her TED Talk. She presented her TED Talk in front of a live audience at headquarters in Manhattan on May 31st. 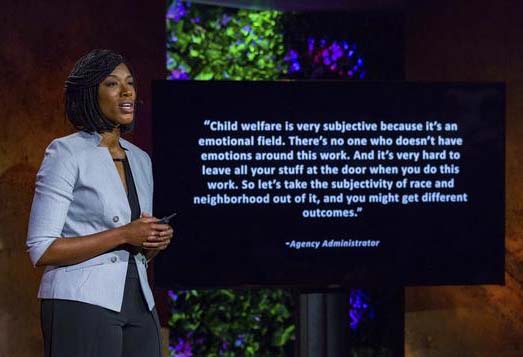 Pryce learned of several innovative ideas she looks forward to implementing at the Institute, including the creation of a podcast series which would highlight mindfulness exercises and supervision/coaching for child welfare caseworkers.

“I look forward to using what I learned to really enhance the Institute going into this new fiscal year,” Dr. Pryce said regarding her experience.

Prior to her position at FSU, Pryce studied the connection between child welfare decision making and racial disparity in New York. Like many other states in the U.S., New York’s foster care system features a disproportionate representation of African American children. To address this problem, Jessica evaluated a Nassau County, New York pilot program known as Blind Removals. This program allows for foster care decisions to be made without knowledge of family location or demographics. After meeting the family, the child welfare worker de-identifies the case file and presents the information to a committee. They do not mention family names, race or neighborhood. The blind removals program put a spotlight on implicit bias in child welfare decision-making, a key focus of improving the disparity in the foster care system.

Currently, black children are 2-4X times more likely than whites to be removed from their families and put into foster care. Pryce aspires to create a software that de-identifies case files so that Blind Removals can be accessible to other states who are interested in piloting. Artificial Intelligence could help in this regard and aid child welfare agencies in making ethical decisions about removing minority children from living with their families. “If the Institute could contribute to scaling programs such as Blind Removals, it would be very impactful for Florida, who also struggles to address the disproportionality in their foster care system.” Pryce relays.

Dr. Pryce intends to align more Institute research toward racial disparity and organize the Florida Institute for Child Welfare’s next symposium to spotlight racial equity. Above all, Jessica hopes her TED experience will further the goal of removing bias from foster-care decisions and; thereby, improve the outcomes for our most vulnerable.